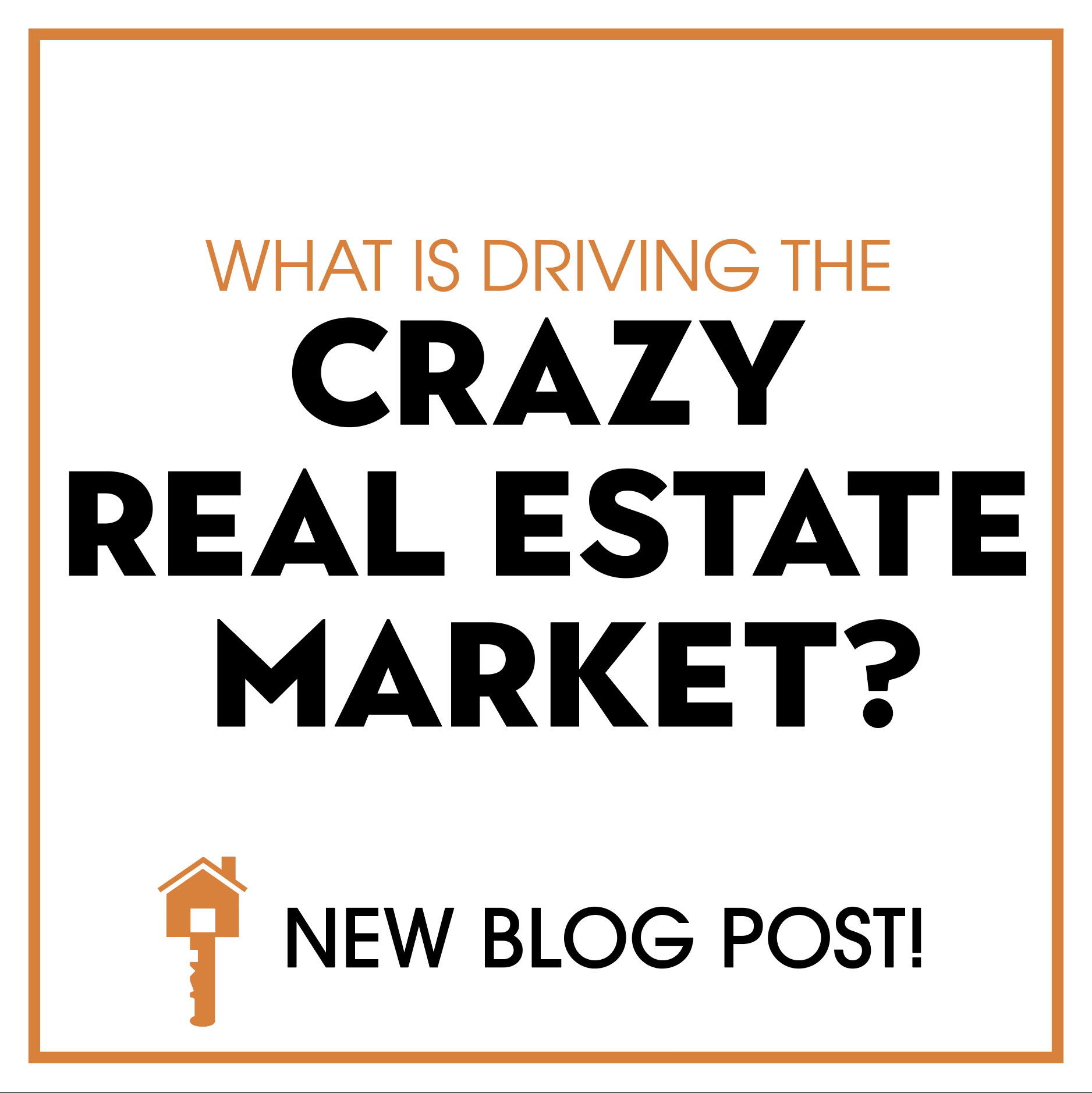 So what is driving the current craziness in the real estate market? How can the price of a home continue
to escalate at the rates we are seeing? Are there perhaps several factors all meeting together to create
the “perfect storm”? These questions are posed to us Realtors almost every day.

So, how to answer these queries? First, there is continuous growth in the GTA (Greater Toronto Area)
where annually about 100,000 immigrants come to make this their new home. That has led to the city
“overflowing” and the suburbs slowly expanding through Oakville, Burlington, and Hamilton into Stoney
Creek and Niagara. The fact that these “out of town” buyers are buying up Niagara inventory, and not
adding a property to sell to the inventory impacts the number of homes for sale here too.

Second, there are historically low interest rates, meaning you can borrow money for next to nothing.
This encourages people to go a bit higher when bidding, because the “pain” is less than it used to be.

Third, and related to the interest rates issue, the Covid period (2 years basically) has given those who
have not seen any interruption in their income substantial growth in their savings. Not being able to
spend this money on trips, conferences, outings or events has provided them with money to invest. And
why not? When you can take that pile of cash and borrow an even bigger pile without much risk or
interest payments, it seems like a “no-brainer”.

Fourth, there is a clear and significant lack of inventory – not just in Niagara, but across Ontario and
even across Canada. Our immigration growth is well above our new home growth. There simply aren’t
enough new homes being built.

It is that last point that I want to expand on, because I just listened to Ben Tal, Deputy Chief Economist
for CIBC World Markets Inc make a presentation. He stated that the single biggest factor limiting the
supply of housing is the lack of people working in the trades. He backed that up by pointing out that of
the 401,000 new Canadians that immigrated in 2021 (in a Covid year even!), exactly zero were trades
workers. That’s right – none. So while we are bringing lots of young, well educated, and enthusiastic
people to Canada, we aren’t bringing in anyone to build them a home, install plumbing and electrical
components, or lay the stone and bricks. This was a factor that I had only just skimmed across in the
past. Sure, we have all heard about the shortage of trades people and nurses, for example, but I had
never applied that to the housing situation. Even if we relax zoning regulations and allow for higher
densities, who is going to actually build this new housing?

These thoughts were also recently brought to the attention of the Ontario government by Richard Lyall,
President of the Residential Construction Council of Ontario (RESCON). The construction industry
intends to lobby the Federal government to encourage trades people to be made a priority target for
Canadian immigration. They hope to add 100,000 construction workers through immigration in the next
year

Combined, we see rising prices, young people having to borrow from parents or other family members,
and buyer frustration across the board. Wednesday (March 2) the Bank of Canada raised the interest
rate. We expect it won’t be the only time this year that will occur. The next 6-8 months will be
interesting, as we hopefully readjust to an open market without covid restrictions and lockdowns. We will watch with interest how this affects spending, inflation and the housing market. In the meantime, it
wouldn’t be a bad idea to learn a trade.

We invite you on a year-long trip across the Niagara Region!